I’ve been a software developer for a while now and one of the types of software that I specialize in is web applications.

Now, I live in an area where technology is not a large segment of the local economy, so when I tell people that I meet that I build web applications, I often get the question…

“What’s the difference between a web site and a web application?”

To understand the relationship between these two concepts, we have to think back to 15-20 years ago. Back in the early days of the internet. Back then, the internet was still the world-wide-web made up of “sites”. To popular culture, everything on the internet was a “site”.

But one thing I’ve learned from studying pop culture (I studied film and video in college) is that once popular culture latches onto an idea, it takes a while to let go.

Fast-forward to now, the internet is full of new and innovative technology. And yet, if you wanted to know more about popular things on the internet, you would probably ask “What are some popular sites I should check out?” The term has largely stuck to mean “places”. So, in this context, we would believe that “site” is synonymous with “place”.

What Do You Need?

So, if site is synonymous with place, then why is it important to distinguish between a site and an application?

Well, with many things with technology, while this definition of “site” has stuck, internet technology has advanced far beyond this original definition. Sites are now vastly more complicated than 15 or 20 years ago. Sites exist on a spectrum of complexity ranging from relatively straightforward informational site to an interconnected series of applications like Facebook.

They also share different purposes and these purposes are what help a software developer determine where the effort used to create a site should be focused.

This becomes a problem when discussing what you need and how to “build a web site”. If we don’t share the same definition of “site”, then our conversations over how to build a your site are likely to be fraught with misunderstandings about what it actually takes. What do you need? How complex is it? Is it really a site or an application?

So, What’s the Difference?

If we go by “web sites” as defined by popular culture, then we have a problem when comparing “sites” to “applications”.

Is there a difference between a pitch and curveball?

See the problem? What we are comparing is a little bit of apples to Jonagolds. Using this definition of site, then a web application is a kind of web site. It becomes difficult to distinguish the differences between the two.

Instead, I propose that we can delineate between the two by describing the relationship that the site or application has with a visitor.

Ok, we’ve defined the difference. But maybe the definition is still a little unclear. How about some examples?

But are there places that fall into both categories? Let’s look at the Waste Management site as an example. Could this qualify as both? It certainly could. Why? 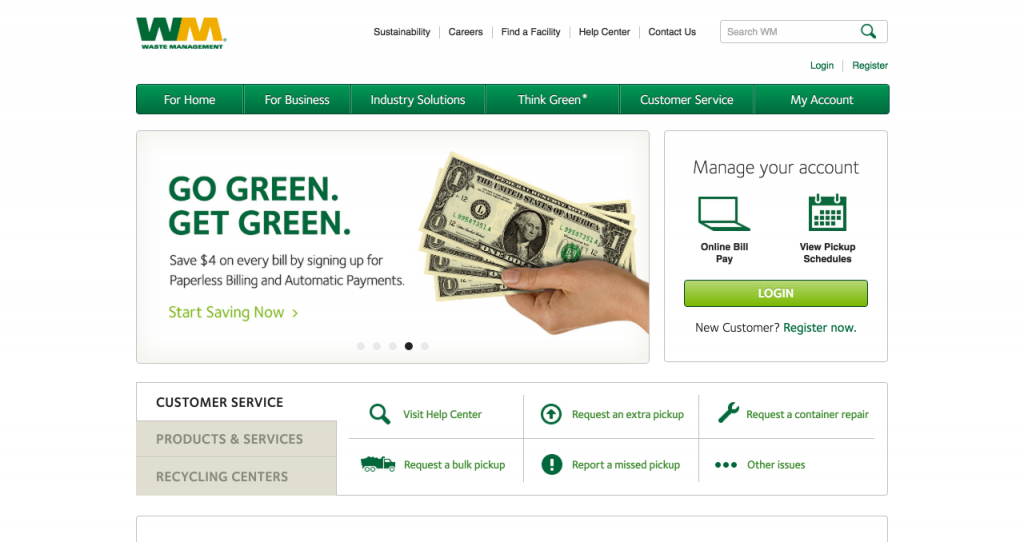 What do we call this? A site? An application? In the case of Waste Management’s homepage, many technology professionals are starting to call this the “marketing site” in order to differentiate it from the online bill pay, which is considered an application. But of course, in order to provide a good visitor experience, they are all tied together.

So, you can see that even with these definitions, some sites may fall into both definitions, but that we can clearly define where a difference in behavior exists. My definitions are by no means meant to be dogma, but I hope they help the discussion of what it takes to build a web site or web application.